I believe it was two years ago that I began telling people at work that I was going to be gone for two weeks on my dream vacation to London. At the time, I had zero dollars in savings, maybe a buck-fifty in my checking account, a seemingly insurmountable amount of debt, and a parcel of late payments littering my life. I wasn’t sure how I was going to pull it off, but I talked abut it as if it were a foregone conclusion that come September, 2015, they were going to have to do without me for two whole weeks.

I don’t remember doing much of anything to bring that vacation to life after talking about it almost non-stop for a few months in 2013. What brings it to mind today though is holding my itinerary and such from the travel agency in my hand.  I’m going to be gone, on a rather fast paced tour of a small chunk of Europe at the end of September.  I’m going to be gone for 12 days (not quite two weeks) and the whole deal kicks off with two days in London.  So, not exactly the trip I spoke of, but close enough to give me chills when I realize how things manifested. 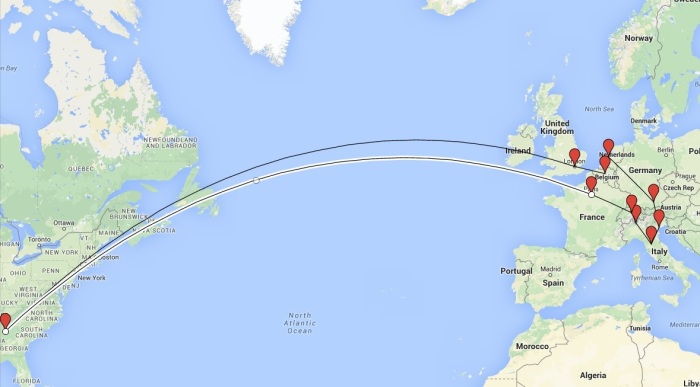 I wouldn’t say I’m lucky, nor would I boast to say I have any sort of favor with the Universe, God, Goddess, Buddha, the Ancestors, etc. I would venture though that there is some type of force at work in my life that seems to make the magic happen. For example:

My life hasn’t been charmed, or easy, but when I stop for a minute, it has been full of these sorts of magical moments. I haven’t had a major goal or dream yet that hasn’t come true. Well, I’m still not independently wealthy from my writing, but when it’s all said and done, everything else I’ve said I wanted has come to me. And I don’t mean in Disney fashion where some fairy god-person waved their wand and poof. That would be ridiculous and truthfully, I’m not so sure I’d appreciate the gift as much if it were that easily obtained. I’ve had to sacrifice here and there, endure my share of trial and tribulation. Despite that though, I have a tremendous amount of gratitude and sense of being blessed that comes from the way my life has gone so far.

So, thank you God, Goddess, Universe, Buddha, the Ancestors, etc. for EVERYTHING! I am truly grateful. 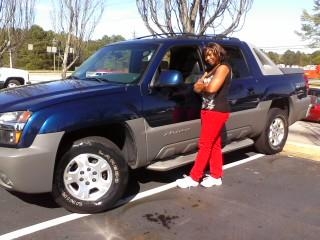 10 thoughts on “Manifestation – if you believe in that sort of thing.”