Yeah, so this past week was one of those weeks…

I’d pretty much had it with a lot of things. But, because I’m also pretty darn content with most other areas of my life, I decided it would be best to let off some steam on the dance floor instead of perched up on a bar stool for happy hour.  My daughter was also looking for something to do so guess what? We went out.  TOGETHER!  That’s right. We took our 26 year difference in age to the same freakin’ club. First off, a few words about my daughter and me.  We’re as close as two introverts with extroverted tendencies can be.  I wasn’t all that nurturing of a mother. I wasn’t the type to get all cuddly. Instead I was more, ‘you gotta toughen up and learn to do for yourself if you want to survive.’  Having a girl-child can do that to you if you yourself were bullied and sexually mishandled growing up. I digress, the deal is we are a LOT alike, and find each other’s company to be most enjoyable. It’s also cool that she’s not, nor has she ever been, embarrassed to be seen with me in public. The prospect of us finally going ‘clubbin’ together put a smile on her face as she was looking forward to being able to say, “No, that’s not my sister, that’s my mom.” We hit the club around eleven last evening. Both of us grinning from ear to ear, swaying to the music, and looking forward to burning up the dance floor. Yeah, here’s where it gets comical.  The music swept us onto the dance floor by 11:30. There we were, hyping the crowd and showing each other how we “really get down”.  A moment to brag here, she saw where she gets all her moves from as I was running folks off the dance floor with my enthusiasm and skill. No seriously.  I really can dance. None of this going on when I’m on the floor:

Anyway, we’d only been dancing for a few minutes when this guy (its always a guy) does the “CHALLENGE” thing – he bops up and does a move at me as if to say, “Bring it”.  You have no idea how much I love when they do this. So, I brought it.

Okay, LOL…I’m not quite THAT good, but I can hold my own. And hold it I did. I bounced, popped, and then dropped it like it was hot and that’s when I felt a distinct pop in my ankle.  My left ankle. Now mind you, it didn’t stop me from finishing the little guy off and earning my props. In fact, it didn’t stop me from serving up a few more moves to run yet another couple of dudes off the floor. I kept right on dancing even though there was pain slowly building in my ankle. We decided to hit up another spot – I think my daughter wanted to show me off to some of her crew as the place she suggested is one of her regular haunts. She does promotions for this place so she knew we could get in free.  The walk to the car was painful but not to the point where I was limping so of course, when we got to the other spot, I hit the dance floor. Hard.  I’m guessing the Universe had had just about enough of my defiance so it kicked the pain up a notch.  I still wasn’t hobbled but I did start to think that maybe it might be a good idea to call it a night and take it on to the house. We’d pretty much danced with all of her friends who were in attendance (not to mention blown the minds of the bouncers and club owner when she introduced me…What’s a MILF?  *just kidding, I looked it up on the Urban Dictionary.  Not so sure I like the term, but I guess being called that means I still got it going on, eh?*) Got home, and that’s when the limping began.  I put some ice on it for a little while, but by 3:30 this morning, it was time for bed. I got maybe three hours of sleep.  The throbbing pain in my ankle reaches all the way up my leg to my knee.  I can still put weight on it but there’s no need to guess that my ankle is angry. I was bound and determined to get some steps in today though so I took out the trash to test things out.  Yeah.  Let’s just say I doubt that I’ll be hitting my 10K steps any days during the next week or so.

Now here’s the irony.  I usually go clubbin in four to six-inch, platform heels or wedges. I have NEVER, not once, despite a stumble here or there, EVER fallen off my heels. Last night’s mischief occurred in sneakers. SNEAKERS! As in the flattest shoes I own. What the what, man! How is it in my LONG history of gettin’ on down, that I manage to twist an ankle wearing something that had me no more than a half-inch at best, off the ground?! Is this the Universe telling me I’m too old for that type of thing? That I should hang up my dancing shoes and leave this hippin’ and hoppin’ to the young folks? I sincerely hope not. Because if there’s anything I plan on doing till I physically can’t do it anymore, it’s burning up a dance floor.

Hopefully this little hindrance to my slowly building exercise regimen won’t set me back too far. Not like I’ve made all that great many losses to date, but I will definitely have to figure out some other way to get those calories burned until I can resume my walking.  Oh well. What’s a life lived without a set back or two to make it interesting, eh? 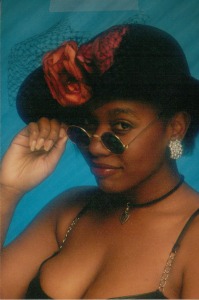 One thought on “Happenstance or is the Universe Trying to Tell Me Something?”