You see that logo there?  The one in the blog background.  Back in 2008 when I was just embarking on my self-publishing journey, a web designer (who ran off with over $300 of my hard-earned dollars) came up with the idea of naming  my web site after the book I was publishing. I bought “Satin Sheet Memoirs.com” and that was that.  I kept the name for a year before deciding it was entirely too long for marketing purposes but by then, somehow, I’d started using Satin Sheet Diva to describe the leading ladies in my books (I had three or four book drafts by then, all staring women in transition).  Time passed and I still wasn’t using the term for much so I kicked around the idea of dropping it altogether.  The term “Diva” had been used to death and not in such positive ways I might add. Chatting with some creatively active folks I know convinced me to keep it. They said the term was catchy, easy to remember, and would lend itself to potential merchandising.

Up until a week or so ago, I hadn’t thought much about how to best use the term. But then my Divinity and I began really talking about what type of woman I wanted to be.  For years now I’ve been beating myself up in different ways for not being the woman I thought I was “supposed” to be.  I know now that “supposed” was based on other people’s definitions.  My Divinity made it clear that if I was going to FEEL my core desired feelings the majority of the time, I’d have to start living life my way.  I’d have to become the woman I WANT (Desire) to be.  From there, the idea grew that helping other women redefine their own lives could be a spiritually (and yes, possibly financially) lucrative proposition. 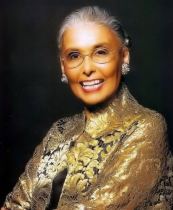 I don’t know how detailed a definition I’m going to end up with, but I know the big areas that need to be developed involve how I dress and how I make decisions. I’ll want to have some clarity when it comes to my self-love practices as well.  I know the first thing is to make sure people understand when I say Diva, I’m not talking about becoming some, neck swaying, finger popping, weave snatching, wanna-be reality star.  OH NO.  I’m taking it old school, the foundation for my definition is this (copied from the Wikipedia page) – “The word entered the English language in the late 19th century. It is derived from the Italian noun diva, a female deity. The plural of the word in English is “divas”; in Italian, dive [ˈdiːve]. The basic sense of the term is goddess,[1][2] the feminine of the Latin word divus (Italian divo), someone deified after death, or Latin deus, a god.[3]”

In other words, as I transform, I’ll become an everyday Goddess.  I will carry myself with dignity, confidence, courage, and that dash of sex 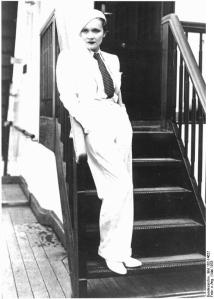 appeal that I just can’t seem to get rid of (*yes, you may laugh, the sentence puts a smile on my face as I type it*).  It helps too that my favorite era for women’s dress and to an extent, projected attitude, comes from the 40’s and 50’s.  Think screen goddesses of that era – Marlene Dietrich, Betty Davis, Lena Horne, Joan Crawford, Ertha Kit…you know what I’m talking about.  These women’s images may have started off as Hollywood studio fabrications, I get that.  But eventually, that image carried over  into real life. These women came to be known as no-nonsense, strong, sexy, amazing women off-screen and even if they were faking it, or had bought their own hype, they worked the image to the hilt.

If you’re at all interested in going through your own transformation, then the work begins by sketching out the type of Diva you want to be.  Grab pictures or take your own, to use as guides. And keep in mind, I’m not getting rid of what makes me uniquely me, or what makes you the sparkling ray of sunshine you already are (and you ARE you know; might not feel like it now, but you ARE). I’m talking about polishing that ray of sunshine so it shines so brightly you blind the naysayers. I’m talking about taking our inherent fierceness to its heights.

I’m calling it the Satin Sheet Diva Experience, and coming in 2014, there will be blogs and videos, perhaps even an internet radio spot 🙂 – all with the purpose of providing a cozy space for you and me to chat about our transformations, share ideas and suggestions, and most importantly, to celebrate our coming into our own.

***Side note, one of the tools I’m using is the Desire Map by Danielle LaPorte.  If you’ve read my blog in the last few months, you’ve seen a post or two about it.  If you’re interested in finding out how the Desire Map works, click here  or click on the Desire Map block there on the right.