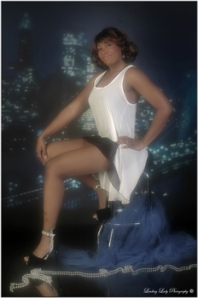 So, there you have it.  I had a birthday.  I made the usual attempt at throwing a party for myself  – been doing that pretty much every year since my 19th birthday.  That party was epic.  I hosted a scary movie night and man, everyone I’d invited actually showed up.  We laughed and joked our way through horror movies from seven in the evening to seven the next morning when the last survivors wrapped up sleep watching The Exorcist.  It was awesome.

I wouldn’t have another successful party until my 30th.  I had folks in from out-of-town.  I rented a ballroom, had a DJ and registered for gifts at Toys R Us.  I’m thinking people didn’t take that as seriously as I would have liked.  The only person who bought me a toy was my dad.  Spoke volumes about our relationship at that point but I’ll spare you the analytics.

I’ve decided I’m not going to do it anymore.  The whole throw myself a party.  They’re over rated first off, and secondly, I’m just no bloody good at it, LOL.

But now, the hoopla is over.  I’m lazing my way through the second day of my 45th journey around the sun.  I have three books in print, those same three are available for the Kindle.  I have achieved several milestones in my life and there are more yet to come.  I’m thinking the party gods will not miss my feeble attempts at tribute and will instead appreciate it if I spent that energy on other, more worthwhile endeavors.  I’m happy to oblige them.

4 thoughts on “Time to find something else to do.”